Mike & The Animals Left Behind

Sitting in the front seat of a van headed towards the Ukraine/Poland border, Mike Merrill is doing a phone interview with a journalist in the U.S. when air raid sirens start going off. The reporter seems alarmed. “Do you need to go?” Mike, sounding tired, responds that you get used to them after a while.

There are thousands of animals in shelters in Ukraine and only so many evacuation vehicles to get them out of the line of the fire. Mike and Yannick, a German volunteer and new friend, are in one of those vehicles. Sirens or not, there is work to do.

Tight situations and evaluating risk are something Mike is accustomed to—from his ten years in the Army and decades in Silicon Valley startups to his work evacuating animals from natural disasters, and now from a war zone.

A lifelong animal lover, Mike Merrill always adored pets but it wasn’t until he was older that rescuing them became his passion and purpose. It was his fourth dog, Bella, who changed that. When they met, Mike had been volunteering with his local Home Owners Association. Tired of the infighting, he asked himself, “Isn’t there something better I can be doing with my time?” And then Bella showed up, dumped in a parking lot in Florida, in abysmal shape. Inspired by the little pitbull, Mike started volunteering with local shelters. He became active in efforts to improve the county’s aging animal facilities. When their efforts succeeded, Mike saw room to do more for the animals. He started a small rescue, Florida Urgent Rescue (FUR), thinking they would rescue two or three pets a month. He laughs a bit at that now. “It turned into 27 a month. And more.” Since the group started in 2015, they’ve saved more than 1800 animals. 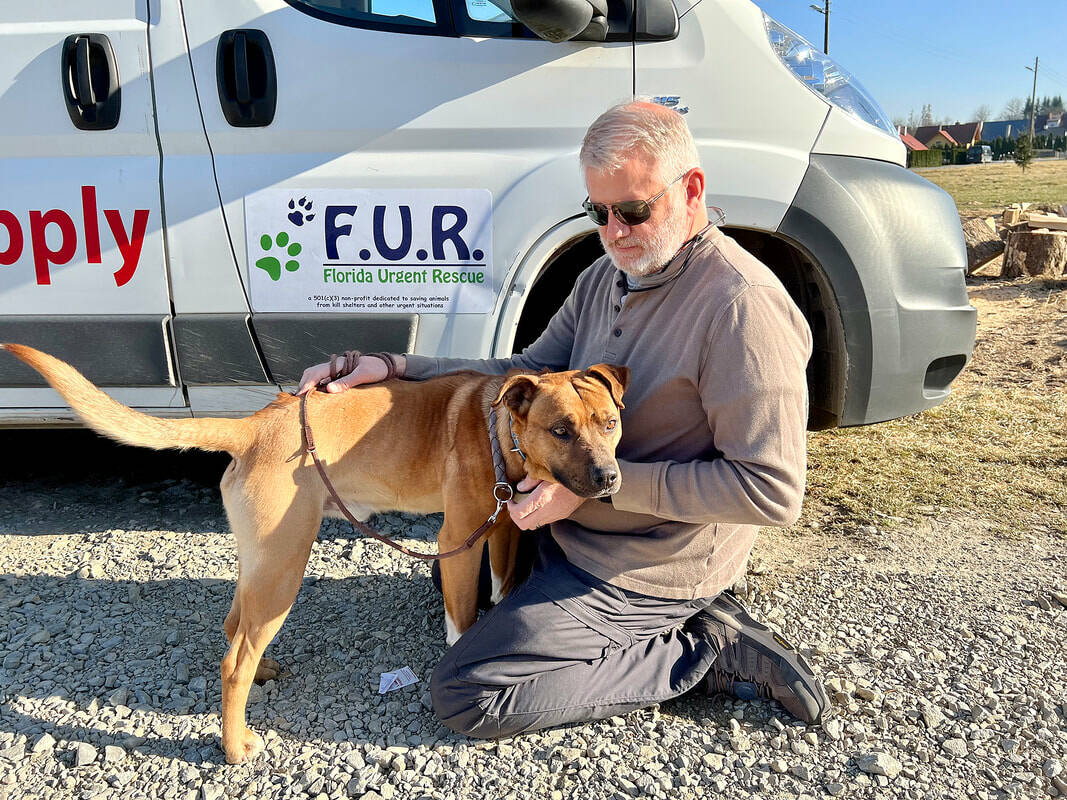 Hurricane Harvey taught Mike that his logistical skills and calm head might have a bigger use in saving animals. In the storm’s aftermath, he arranged a supply convoy from Florida to Texas, bringing necessities and leaving with 17 dogs who had been in shelters when the storm hit. Immediately after, Hurricane Irma formed. Mike started cold-calling northern shelters to see if they had space for animals. He also called airlines. Securing free passage for the animals on the planes, he helped facilitate the transfer of animals in shelters in the storm’s path to emptier northern shelters. For Mike, it was an ah-ha moment. He saw a need for a service that would transport animals out of shelters in danger zones and into safe (and less occupied) facilities in different areas. Not only did this save the animals in the shelters, but it also cleared space for the deluge of animals that arrive after a disaster. The FUR transport program was born. After numerous hurricanes and tornados, FUR (with Mike at the helm) was there. Working the phones, securing placements for animals that needed to be moved, arranging and conducting transports. 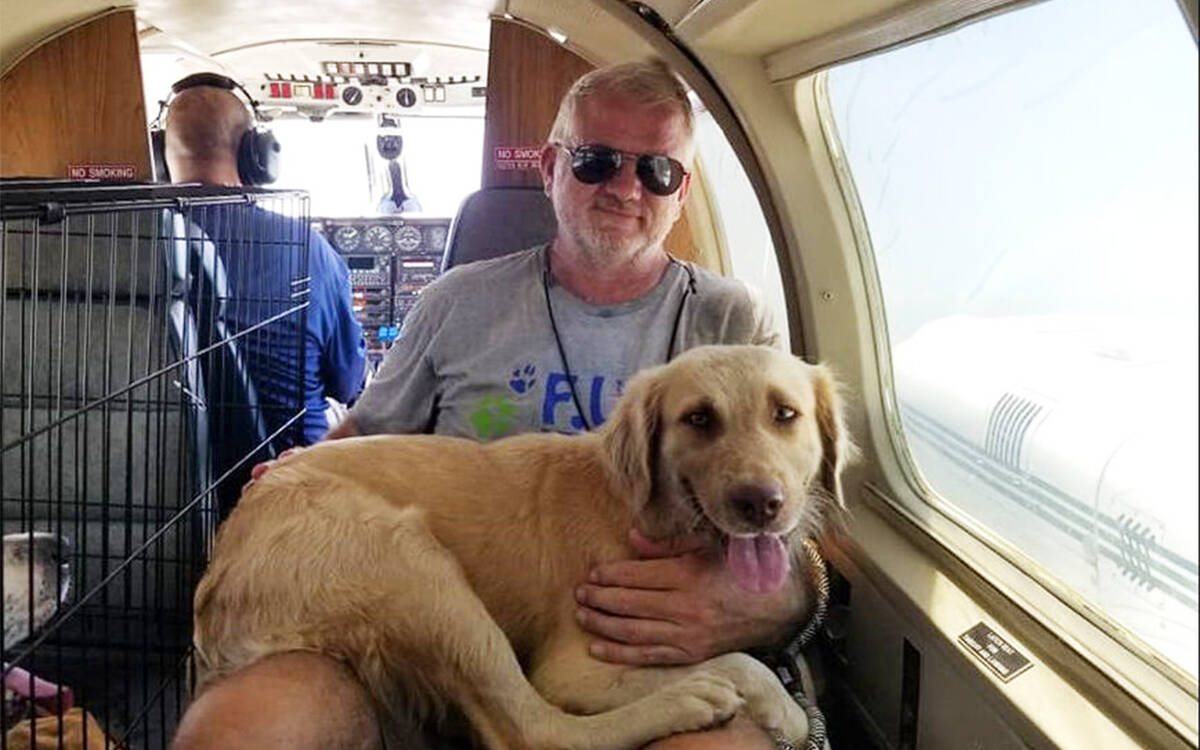 When the war in Ukraine started, Mike knew what he had to do. Unfamiliar with working in a war zone, he remembered his Ranger school training: “lead from the front.” By himself, he booked a plane ticket to Poland to see if FUR could be of help there.

Which is how he found himself in the front seat of that van headed towards the Polish border. During that initial ten-day trip, he familiarized himself with local rescues and vets on both sides of the border. Mike grouped up with Yannick, a German volunteer with a van, and Oxsana, a Ukrainian woman housing pets from the war in her home in Lyiv. He made valuable connections with other European rescue groups that were also at the border. A Polish vet offered him assistance for injured animals brought across the border. Over multiple trips, they evacuated more than 50 animals and started putting together the framework and network to save even more.

A pro at working natural disasters, Mike now knows the heartaches of working in a war zone. “I saw people who had to leave with nothing but a backpack and their pet. People who were forced to leave their animals to get their children to safety.” But Mike also saw the best of humanity. “People from all over the world came to help.” He saw bravery and selflessness. Yannick, willing to lose his job in Germany to come help. Oxsana, living with constant sirens and bombs, but opening her home to the animals with nowhere to go. All the rescue groups— the Swedish, the Irish, the Portuguese. The vet who treated the animals with no expectation of pay.

Soon Mike and a team from FUR (some being military veterans like him) will return to the war zone again. This time he has a global network of partners and connections. He also has plans to get farther into the country and create staging areas to allow animals to be leapfrogged out from different places.

“I went from startups with plenty of money to rescue and broke. But what I do matters,” he says, smiling. 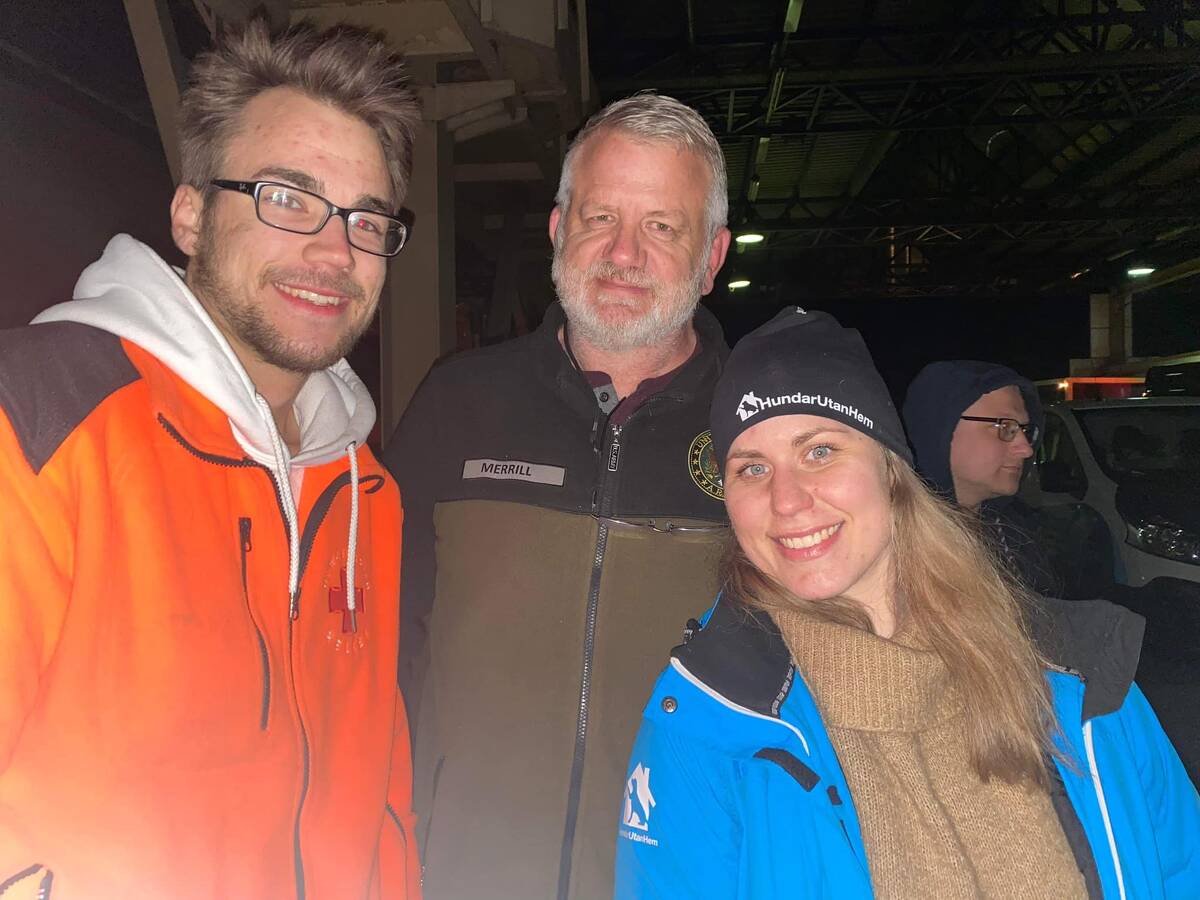